2020 was the most active hurricane season on record with 30 named storms, including powerful hurricanes like Hurricane Laura, Sally and Eta. As we enter into the 2021 hurricane season, people are more eager than ever for the annual predictions released by reputable weather sources like the National Oceanic and Atmospheric Administration (NOAA), Colorado State University, AccuWeather and Tropical Storm Risk. 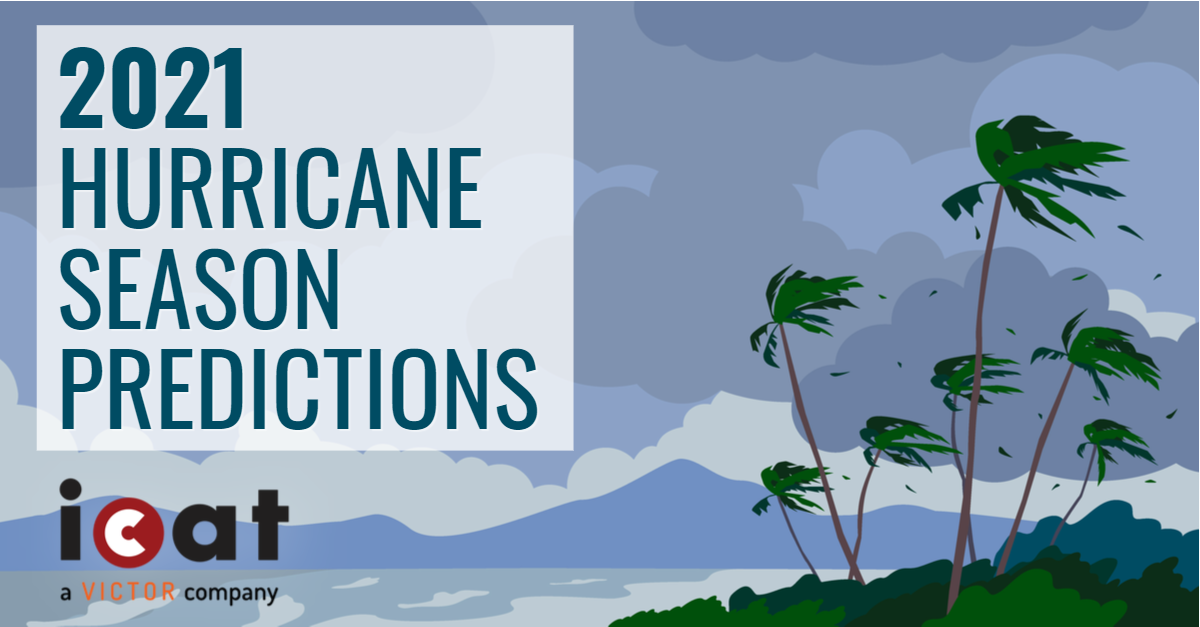 The NOAA reports they are expecting a 60% chance of an above-normal hurricane season, predicting 13 to 20 named storms, six to 10 of which could become hurricanes, including three to five major hurricanes (category 3, 4 or 5 with sustained wind speeds of 111 mph or greater).

CSU, who is among the nation’s top forecasters for hurricane season, is predicting numbers significantly above normal. Specifically, the team at CSU is predicting 18 named tropical storms, eight of which will become hurricanes. Of the eight predicted hurricanes, four are expected to spin into major hurricanes.

TSR is also calling for an above-normal storm season. TSR is predicting 18 tropical storms, with nine becoming hurricanes and four of those predicted to become intense hurricanes.

Predictions only mean so much when it comes to Mother Nature—there can always be fewer or more hurricanes than what is predicted annually. The predictions for hurricane season merely stand as a benchmark for understanding what the outcome may be based on statistics and are not meant to be taken as a fact or truth. As you can see above, many weather sources give ranges of activity because these predictions are not an exact science.

Deadly or dangerous hurricanes can and will continue to occur during any hurricane season, so it’s best to over prepare than to find yourself unprepared in the event of a storm. Check out our new hurricane season preparedness website for more tips on getting prepared this season, download the preparedness checklist, check out the ICAT Damage Estimator and more. And most importantly, keep your home and business safe with hurricane coverage this season!

Preparing for Hurricane Season Amid COVID-19

ICAT helping you prepare for Hurricane Season Amid COVID-19