Broomfield, CO (May 2, 2019)– ICAT, a highly specialized, digital-based underwriter of U.S. catastrophe insurance, has been named a Top Workplace in the Denver Metro area for the fifth consecutive year by The Denver Post.

“We are grateful to find ourselves on this prestigious list five years in a row. This award confirms what I’ve always believed, that ICAT has built a strong, united team that delivers cutting-edge solutions to help insureds recover from natural disasters,” said Gregory Butler, ICAT President and CEO. “It’s their passion and commitment that has cultivated the positive and inclusive work environment we have today,”

“ICAT would not be the successful organization it is today without the talent and drive of our team members. We share a strong belief in where the business is going and how we are going to get there, together. It’s an honor to be recognized alongside so many great organizations in Denver,” said Butler.

The award is based on employee surveys collected and analyzed that measure categories like diversity, perks, ethics, culture and more. Over 247 Colorado companies participated in this year’s survey from a diverse range of industries. The surveyed companies employ a combined 101,226 people in the Denver Metro Area, over 60,000 of whom responded to this survey.

ICAT has over 200 employees, and offices in Colorado, Hawaii and Florida. In 2017, ICAT was acquired by Victor Insurance Holdings, the global managing general underwriter.

ICAT was founded in 1998 with the goal of helping homeowners and business owners in hurricane- and earthquake-prone regions of the United States recover from natural disasters. Business is produced in partnership with select retail agents and wholesale brokers.

The company underwrites on behalf of strong carrier partners and Syndicates at Lloyd’s of London. Boulder Claims, a subsidiary of ICAT, has successfully managed more than 23,000 catastrophe claims since its founding in 2005, including those from Hurricanes Charley, Frances, Katrina, Isaac, Sandy, Harvey, Irma, Florence and Michael.

ICAT is owned by Victor Insurance Holdings. Victor is one of the largest and most experienced underwriting managers of specialty insurance programs in the world. 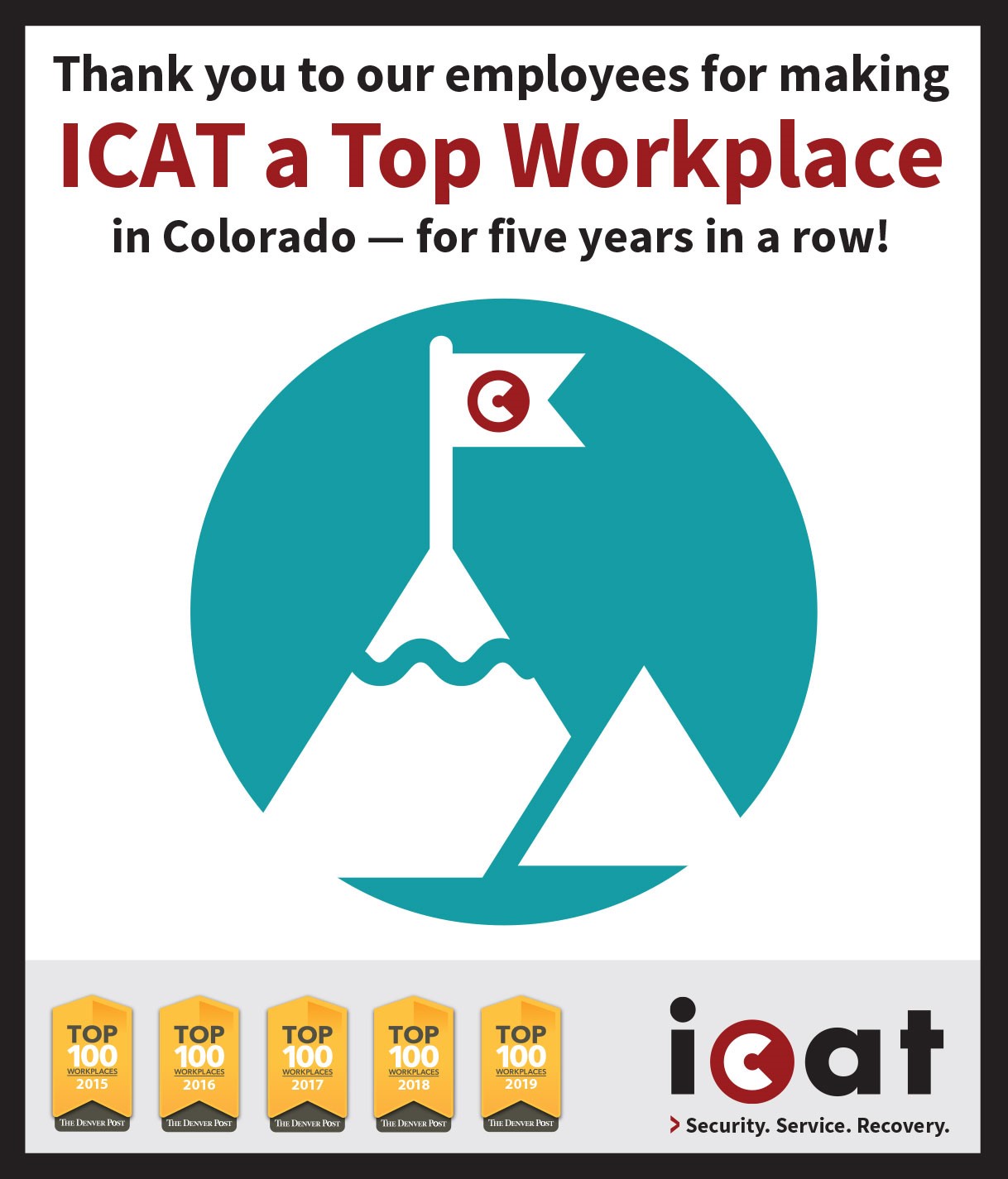